This post will be the first in a series that chronicles the history of Sheffield. These posts will come up whenever I've had some sort of run in with locations, artifacts, etc so keep checking back for more!

For this introductory post, let us look at "The Old Queen's Head" pub: 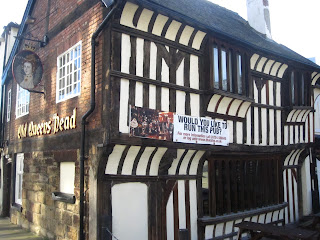 It has the distinction of being the oldest domestic building in Sheffield with estimates placing its creation around 1440. At the time, it was used as a hunting lodge given its location near the river Sheaf. The lodge was mostly used by the nobility from the neighboring Sheffield Castle which no longer exists (although foundations can still be seen under the market place). 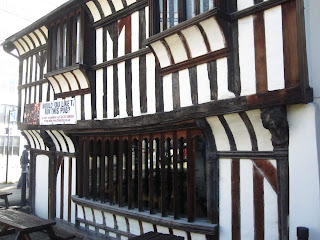 The first mention of the building was in 1582 as part of an inventory taken of the estate of the 6th Earl of Shrewsbury. It was called "The Hawle at the Poandes" which roughly means "Hall at the Ponds". Given the layout of terrain at the time, it is thought the building was a banqueting hall sitting near two old ponds from which several streets today get their name.

The history of the pub proper dates to 1840 when "The Old Queen's Head" was first opened in a neighboring building. It merged with today's location in 1862 (I am still not 100% on this). The pub became a Grade II listed building in 1952 and underwent extensive renovation work in 1993 when they found all manner of artifacts now displayed inside: 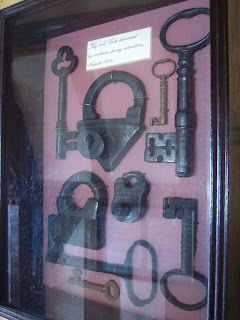 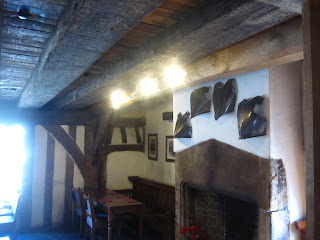 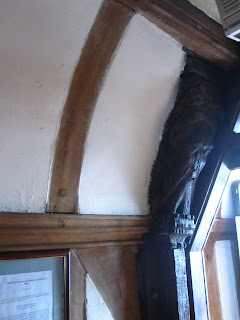 The name of the pub probably refers to Mary, Queen of Scots who was imprisoned in Sheffield from 1570-1584 and eventually beheaded a few years later for conspiring to kill Elizabeth I. Ironically, it is the portrait of Elizabeth, not Mary, that graces the outside of the pub: 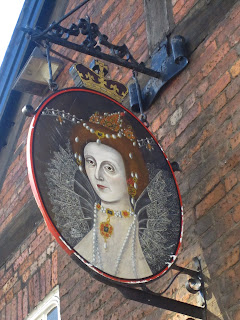 One final note, the food and staff is quite nice. See more in my food section entry for Sept 22.
Cheers!