With the sun finally coming out after three days of solid rain, it was time to take a stroll through Sheffield's Weston Park and Museum.

Demand for open public spaces was growing towards the end of the 19th century. In Sheffield, Robert Marnock was tasked with landscaping the area around Weston Hall, a building purchased by the city in 1873. Two years later the park would be opened. I find that in local histories, any visit of a reigning monarch is always grounds for mentioning. Weston Park is no different as it welcomed King Edward VII and his Queen in 1905.

The main park entrance is fashioned from well carved terracotta and features both cherubs and Queen Victoria's cyphers. All are still perfectly visible today: 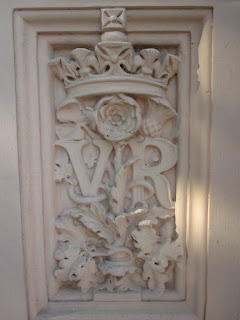 The first memorial in the park is dedicated to local man Ebenezer Elliot, a self taught poet who campaigned against the "Corn Laws" which taxed the vegetable and made bread costs rise. 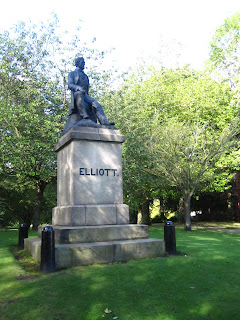 Up next are the paired memorials which remember the men of the York & Lancaster Regiment who fell fighting for Monarch and Country. The smaller screen is dedicated to those who fought in the Boer War of the late 1800s while the rising column with the goddess Nike at the top honors the men of both World Wars. 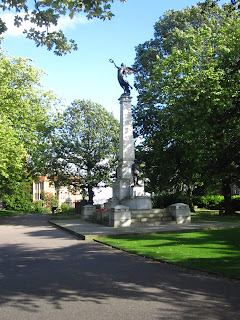 Moving into the park proper, there is a metal bandstand and duck pond built in 1900 and 1874 respectively. At the end of Weston Park lies the museum of the same name. It was constructed in 1935 to replace the previous structure which contained the city's historical, archeological and art collections. Mappin Art Gallery (next door) was eventually incorporated as well. The building sustained damage from a German bombing raid in 1940 (I hope to cover WWII in a later post).
Today, the Weston Park Museum forms part of the "Museums Sheffield" group and contains several permanent and rotating exhibitions. In my opinion, they are definitely worth looking at. One tells the story of Sheffield's evolution through the ages while another explores the animal kingdom with well over 150 species on display. 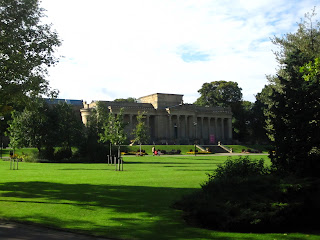 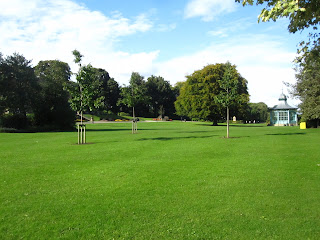 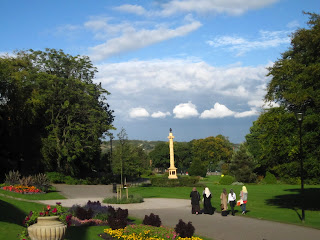