Apologies for the delay in posting. Final papers had to be written so my priorities were pulled elsewhere. Now that they are complete, its time to get on with the blog. Back to a regular update schedule!
Finishing up on the Norway trip, here is Akershus Fortress which lies right on the Oslo waterfront. It was originally built in 1290 to help defend the capital from attacks. It was never taken when properly defended and only in 1940 did the castle surrender to the invading Germans without contest.
Over its 700+ years, Akershus expanded to become a baroque palace, armory, prison and mausoleum.
I took many photographs but chose only a few for this entry. By no means do these fully do Akershus justice. Search online for more history or do a Google Map search to see the full extent of the fortress!
﻿ 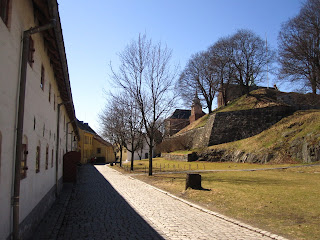 Looking down the courtyard towards the guardhouse and the medieval castle above. 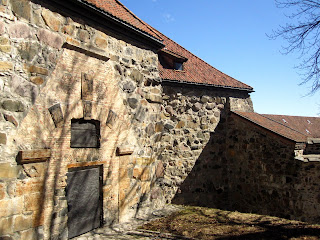 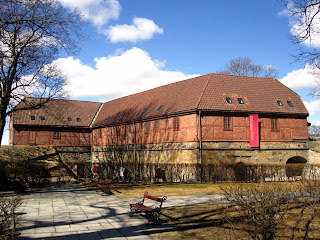 Originally the Double Battery from 1691, this building now houses the Norwegian Resistance Museum. In the foreground is an open area where 42 Norwegians were exectued by German occupation forces in March 1945. 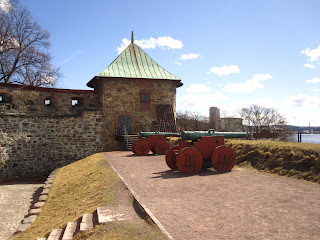 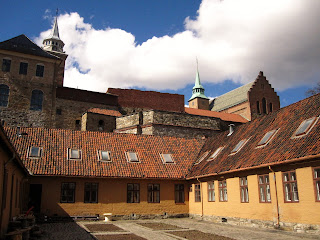 Barracks form 1778 in the shadow of the medieval fortress. 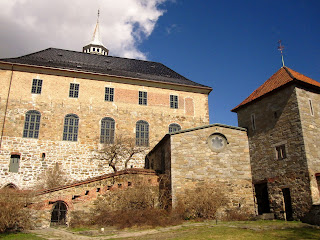 The oldest part of Akershus is the medieval castle/ palace. On the right is the Virgin's Tower which dates from the 1300s. It was the main entrance gate until 1500. Behind it is the south wing which was converted to a baroque/ classical palace by Christian IV in the 17th century. 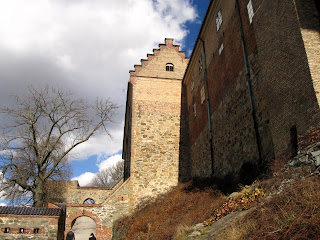 The extent of the medieval castle until first modernization efforts in the 1500s. In 1592, the fortress extended outwards with additional walled bastions. 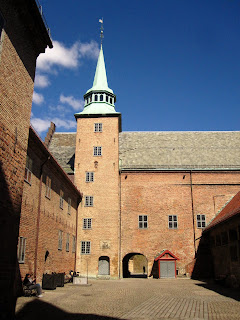 The inner courtyard of the palace. 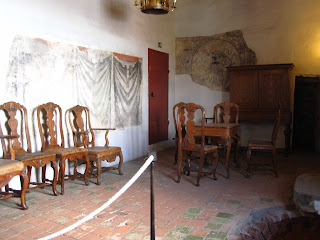 This room was thought to be a teaching room for the children living in the castle. Wall paintings are still visible where plaster has been removed. 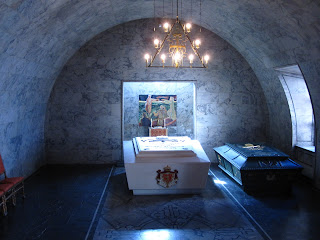 The Royal Mausoleum. King Haakon VII and his wife are in the white sarcophagus while their son Olav V is in the black. Two more kings are buried within the walls on the opposite side of where this picture was taken. 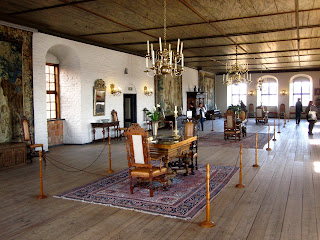 A recreated room of the baroque royal palace. 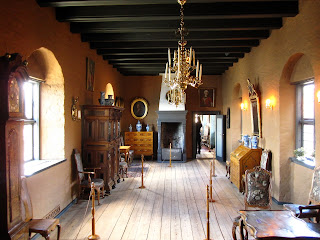 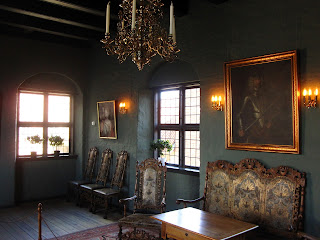 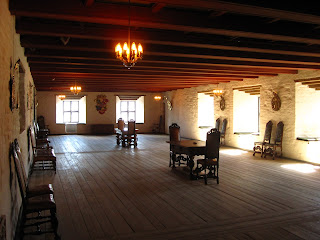 This room would have been subdivided and contained the living quarters for the Queen's handmaidens.