Endcliffe park lies to the south-west of city center along Ecclesall Road. It was created around 1887 to commemorate the golden jubilee of Queen Victoria. As such, the park is home to two jubilee memorials which originally stood at Fargate within the city. First up is a statue of the Queen herself: 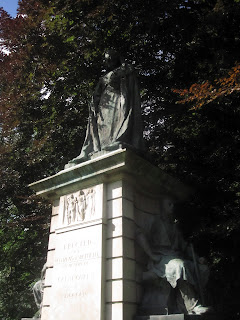 An obelisk from the same celebrations can be found further down the park's open area: 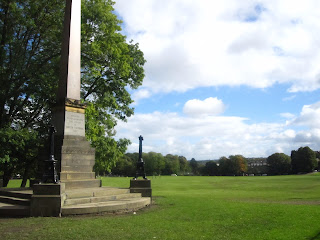 Porter Brook is the stream that runs through Encliffe, Bingham Park and Whiteley Woods. It is dammed in several areas to create small ponds for wildlife. The brook was also used as the driving force for many wheeled mills. Part 5 will discuss one such location. 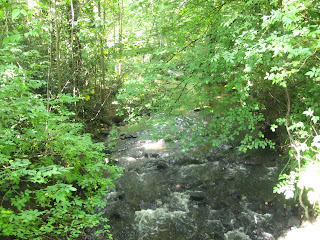 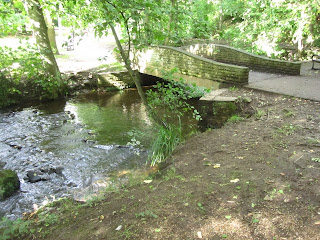 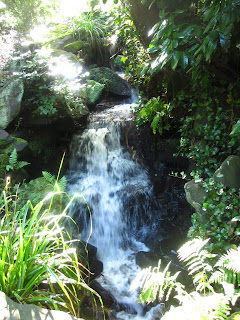 One last memorial within the park is a source of pride and sorrow for us Americans. On Feb 22, 1944, a wounded B-17 Flying Fortress Bombed called "Mi Amigo" crashed within the park with the loss of all 10 crewmen. In an effort to minimize civilian casualties, the pilot guided the bomber to the open park area where it landed almost intact. Ammunition started to cook off and the bomber exploded into an inferno with any remaining crewmen unable to receive assistance from the citizens of Sheffield.
A memorial honors the men's sacrifice and a service is held annually in their name. 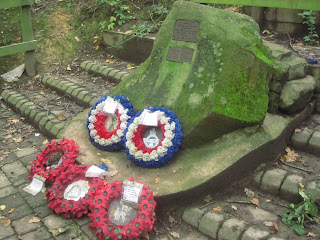 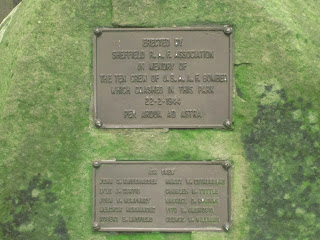 Stay tuned for Part 5 tomorrow as this will look at the Shepherd's Wheel Mill located in neighboring Bingham Park. It is the last surviving mill on Porter Brook and one of the last in all of Sheffield out of an original count of 115!