With heavy industry being Sheffield's primary claim to fame, its progression from the 18th century onwards swept away a majority of the city's medieval heritage. Barring the cathedral, manor lodge, Bishop's House and Old Queen's Head, pickings are slim. And yet, if one ventures into the basement of a market building near Fitzalan Square, there lies the foundation of Sheffield Castle. 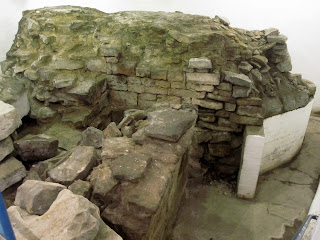 After the Norman Conquest of 1066, William I sent William De Lovetot north to suppress and control Sheffield. He built the first castle out of timber in a standard "motte and bailey" format. The first time the castle is mentioned, however, is in 1184. After a few generations, ownership passed to the crusader family of Gerard de Furnival through marriage. The town of Sheffield and the wooden castle were destroyed during the Second Baron's War in 1266. The castle was rebuilt in stone after 1270. The Furnival family would eventually die out and be succeeded by the Nevills through marriage. This lasted only briefly. The Talbots then became the new Lords of the Manor.

The Talbot family were also the Earls of Shrewsbury. The first two earls died fighting in the Hundred Years War and the Wars of the Roses, respectively. It was the 4th earl, George Talbot, who built the Sheffield Manor Lodge about a mile south of the castle. With far more comforts than the castle, it became the family seat.
The castle is perhaps best known for one of its de-facto prisoners: Mary Queen of Scots. She was kept at the castle on and off for fourteen years while Elizabeth I debated on what to do with her royal cousin. The Babington Plot of 1586 left Elizabeth no choice and Mary was executed for her role in the proposed insurrection.

The best description of the castle comes from an inventory taken in 1582. It lists all the various buildings within the walls and everything else on the four acre property. 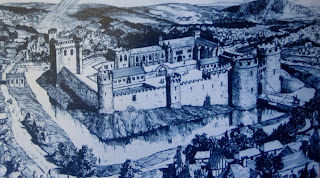 In August 1644, the castle was besieged by parliamentary forces during the English Civil War. After holding out for ten days, the castle surrendered. It was pulled down in 1648 to prevent any further military use.

Archeological investigations in 1927 and 1958 helped reveal more of the castle's structural layout. The artifacts recovered at this time can now be seen at the Sheffield Museum in Weston Park. In 1994, a further survey on the foundations made them accessible to the public: 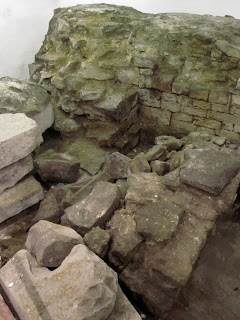 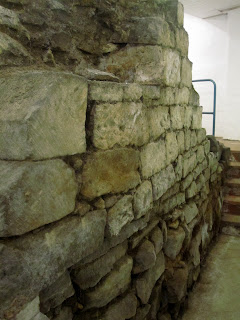 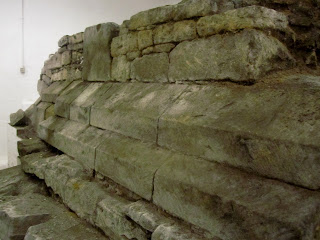 Supposedly there are far more intact ruins underground. For the past decade, there have been attempts to move the current Castle Market to another section of the city. This would allow for the ruins to be fully excavated and incorporated into a proposed park. Still waiting...﻿
Posted by Michael at 04:32