My time in Sheffield is starting to run out!
I am hoping to hit 20 entries for this series...let's see!

There is no denying that Sheffield is an industrial city. From the 6th Earl of Shrewsbury's early business endeavours to WWII material production, the town/city expanded solely because of its ability for producing quality metalwork. It wasn't until the 1960s and 70s, when heavy industry began to fade, that the city started cleaning it's soot stained buildings and rediscovering the colors beneath (true story). Many factories were swept away. Kelham Island was fortunate enough to survive and has since been converted into a museum.

Kelham Island, as the name suggests, sits on a man-made island which dates from the 12th century. The first industry built on this location was an iron foundry in 1829. In 1899, this was replaced by a power station (those trams need to move somehow). These buildings house the current museum. 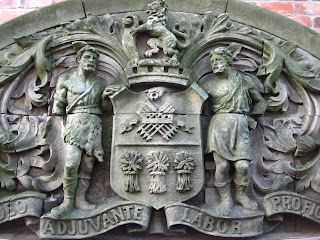 Workmen on the Sheffield arms. 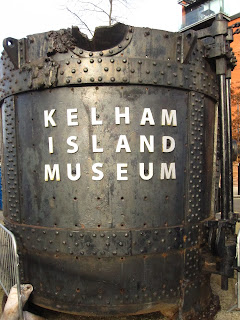 A metal smelting pot...thingy. 1800s industry? I'm out of my element here! 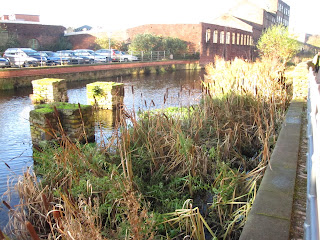 The River Don and Kelham Island. 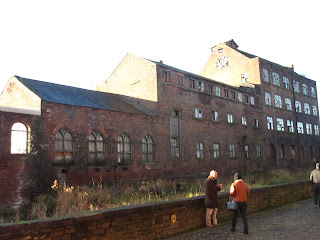 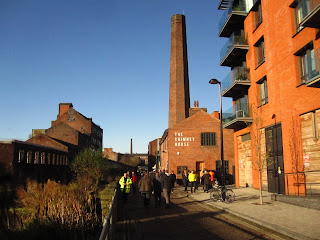 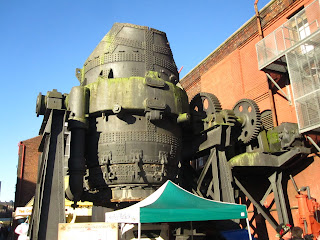 England's largest surviving Bessemer Converter. The Bessemer process was invented by it's namesake in 1855. It was the first time that steel could be mass produced quickly and cheaply via an oxidation process. (I'm not an engineer or scientist either, sorry mom). 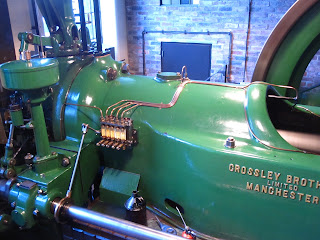 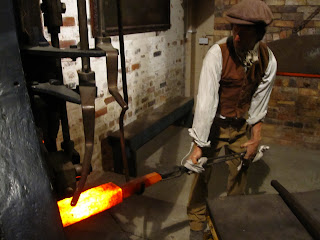 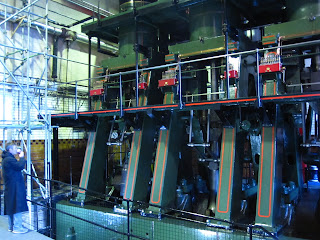 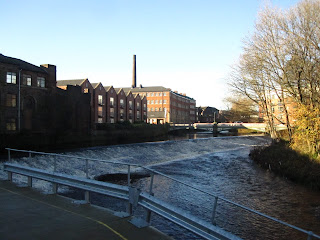