One of the largest collections of arms and armor in the world can be found in Leeds. The Leeds armories are the common-day ancestor of the Greenwich armories established by Henry VIII. Within thirty years, they were producing wonderful works of armor art which challenged the German and Italian varients in both style and function.

While I love arms and armor, I am nowhere near an expert. I'll let the pictures speak for themselves. I apologize for their quality as plexiglass, darkened lighting and no flash makes it very difficult to get good ones. 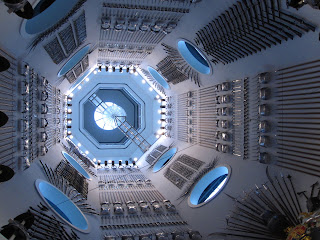 Pretty impressive armory tower. The steps circle upwards along the outside. Visitors can look through each circular window to see a new level of armor and weapons. Dusting has to be a seriously chore though. 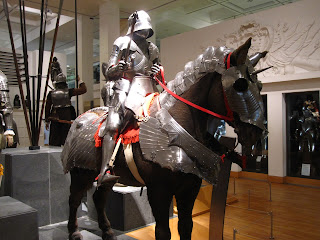 If you are a fan of armor, this is one of the more iconic suits. It is German gothic as evidenced by the numerous flutes and curves. While stylish, they served a more important purpose of helping deflect and guide weapon blows away from the body. 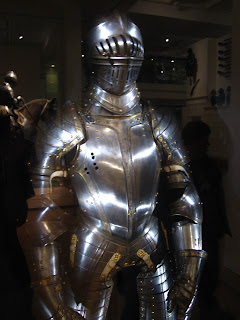 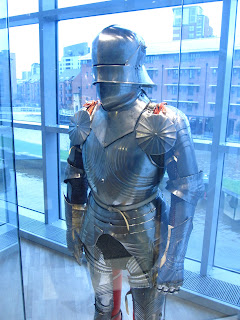 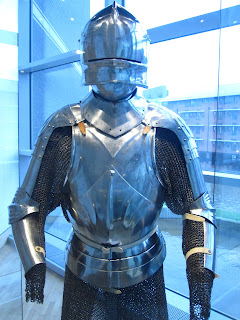 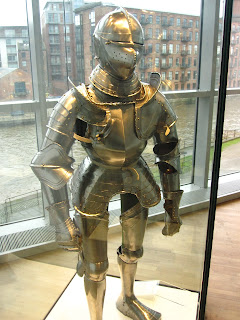 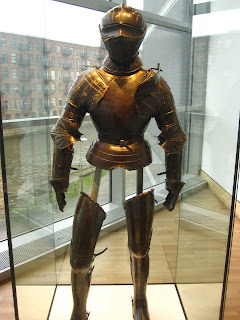 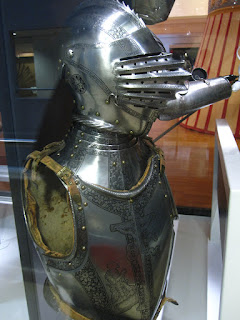 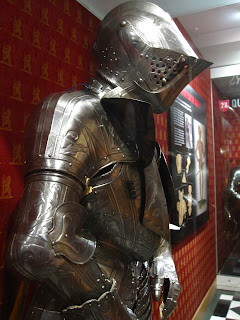 The armor of Robert Dudley, earl of Leicester, one of Elizabeth's favorites. 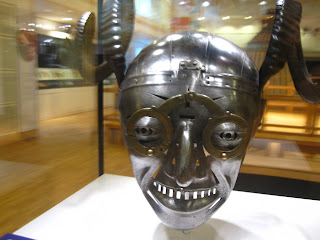 The only remaining piece of Emperor Maximillian's gift to Henry VIII. Quite a freaky helmet, but the craftsmanship is superb. 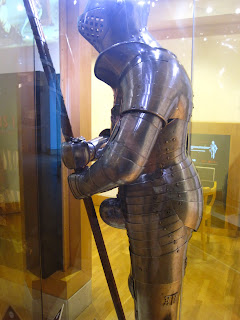 Henry's combat armor that was meant to be used at the Field of Cloth of Gold in 1520. It is the only surviving example of all-enclosing armor. Not a single inch is uncovered.

The French king changed the tournament rules just before the meeting so this armor was never used (hence no intricate engravings or embellishments). What this armor does show us is how fit Henry really was in his youth. Remember that additional padding is worn under the armor so Henry was quite trim. Always one to show off his calves, the armor seems to oblige! 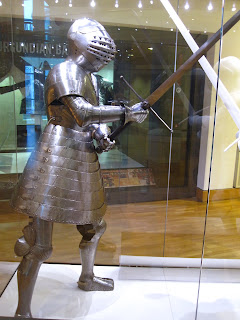 Henry's original combat armor was replaced with this one. 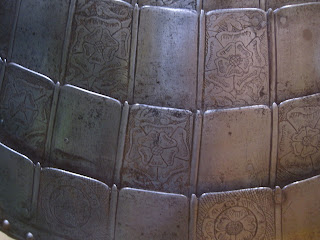 If my tally is correct, I have seen every suit of armor owned by Henry VIII but one. Oddly enough, its in New York at the Met. Besides those at Leeds, there are two at the Tower of London and another at Windsor. 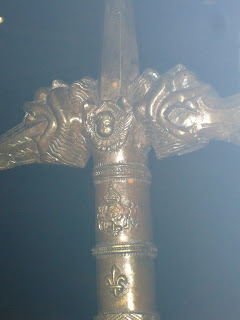 Thought to be Henry's poleaxe! Couldn't find the pomagranate. Other side perhaps...