10/9/12: Sandal Castle
(Located just beyond the city of Wakefield in West Yorkshire)
While reduced to ruin, Sandal Castle remains an important stronghold both historically and, for the archeologist, visually. It was originally built of timber in the early 1100s using the typical "motte and bailey" construction.  A motte is an earthen mound upon which sits the keep (usually the most fortified part of a castle). The bailey consists of the fortified area around the motte, usually on slightly lower ground.  For added defense, a moat completely surrounded the castle and can still be seen today. 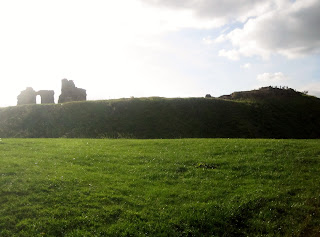 While the angle is bad, the motte rises up on the right side while the bailey would have stood upon the first horizontal line from the top. 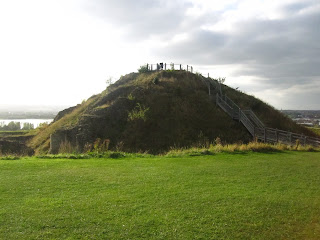 Not much remains of the stone keep but the motte itself is quite visible and well preserved. 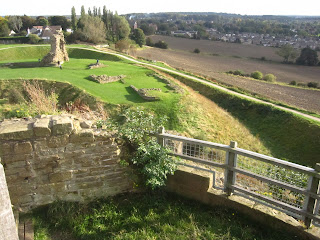 View from the motte down to the moat below. The castle's strategic position can be seen by its command of a high point for miles around. 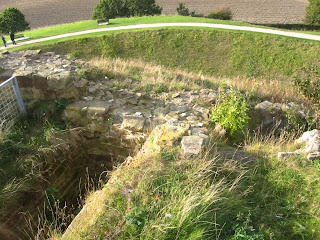 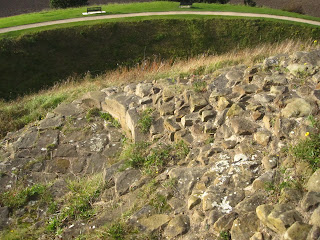 Some of the ruins on the motte. One of the keep's four circular towers still has a visible foundation.

Over time, Sandal was converted to stone and fortified. An attacking force would first have to cross the moat and pass through the gatehouse. Then there stood the barbican surrounded by its own moat. It is only by passing through this additional structure and the resulting third drawbridge that allowed an attacker to reach the keep. It is worth remembering that all the while, arrows would be raining down from above via the numerous towers. Even after entering the barbican, an attack would need to make a right angled turn. This prevented the use of any momentum that a battering ram could generate. 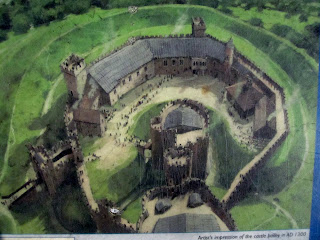 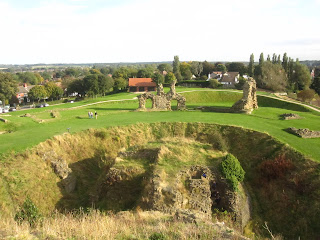 View from the motte. The barbican lies in the foreground within a second moat. You can see the ruins of the gate/drawbridge on the left. Note the 90 degree turn to charge up the motte's slope. 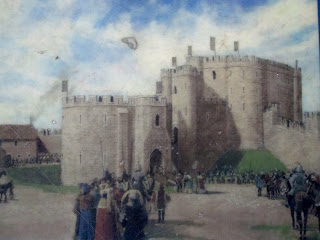 The barbican and the keep. (The artistic renditions are presented on site courtesy of the Wakefield Council). 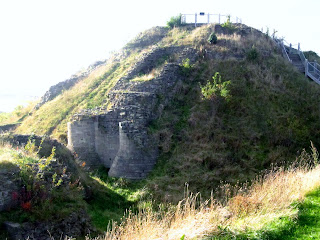 And the remains from the above.
Now we move on to what remains of the structures within the bailey. These would have included kitchens, great halls, smithys, armories and administrative houses. Let us view some of them as seen from the motte: 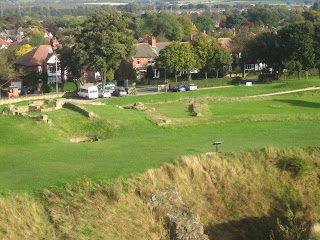 It is thought these were the kitchens due to there being a deep well infront of one of the buildings. 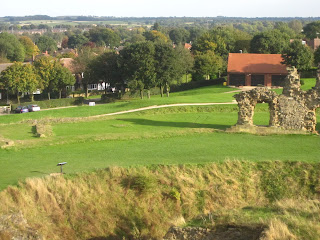 Based on the size of the building's foundation/ outline (including the ruins on the right), this may have been the great hall. 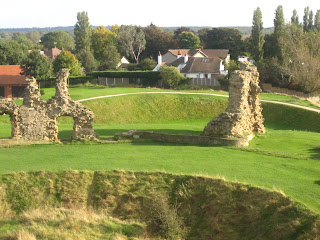 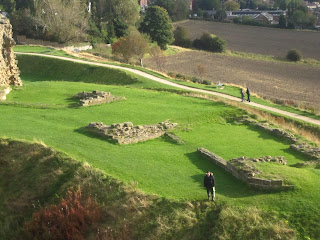 There is debate whether this may have been the kitchen as one corner contains the remains of an oven (see below). 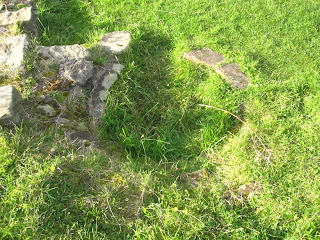 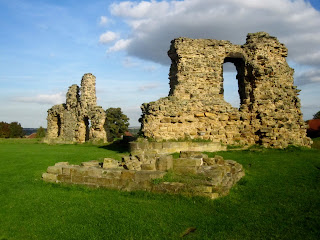 Lastly, we cannot talk about Sandal Castle without mentioning the most crucial point in its history. On December 30th, Richard 3rd Duke of York ventured out from Sandal with his forces to scavenge for food. He was quickly surrounded by the encamped Lancastrian forces under the Duke of Somerset. Richard and his second son, Edmund, were killed after a brief battle which is now known as the Battle of Wakefield. While this was a solid victory for the Lancastrians in the Wars of the Roses, it was shortlived as Richard's oldest son Edward claimed the throne a few weeks later becoming Edward IV. 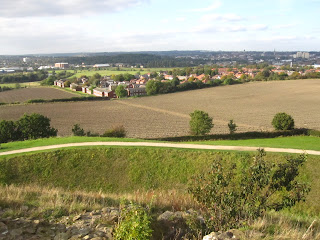 The battlefield as seen from Sandal's motte. The fighting took place in the green field and the immediate surroundings towards the top center of this picture.
While the red rose claimed victory, it was the white rose that earned the throne.