3/15/13: London
I spent a week in London during spring break. As this was my sixth visit, I didn't go crazy on pictures considering I have about 2,000 at home sorted by locations. Still, London presented me with several new picture opportunities and I have posted them below.﻿
Westminster Abbey:﻿ 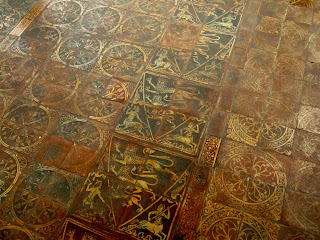 Medieval tiles from the Chapter House. Traditionally, a chapter house served as the area of assemblage where monks would gather to discuss various matters of business. The chapter house at Westminster Abbey also saw Parliament assemble within its walls from time to time.
In a sightseeing note, the abbey has made seeing the Chapter House a bit easier for visitors. They laid heavy matting over some of the tiles to allow people to completely transverse the room. This gives you a close up of the glass, tiles and walls (like the picture below). 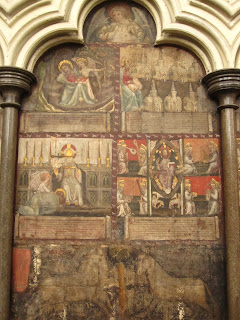 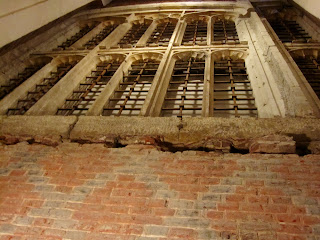 This is the in-situ remains of the original great window in the chapel at Hampton Court Palace. At one point in time, this wall would have faced the gardens and allowed for sunlight to pierce the magnificent glass which featured the king and queen kneeling under the crucifiction. A similar style example can be found at St. Margaret's right outside Westminster Abbey. Unfortunately, the glass was smashed during the English Civil War by Cromwell's troops. Thankfully, Cromwell took a liking to the palace which kept it from being demolished entirely. This window is now covered up by wooden reredos installed during the reign of Queen Anne. Since the baroque palace of William & Mary now extends behind it, there is no point in revealing the window again. To see these ruins, you need to cozy up to a staff member and ask politely. 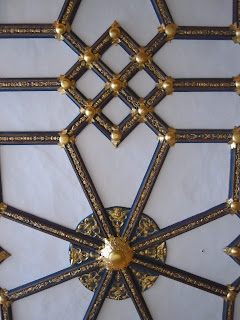 One of Wolsey's elaborate ceiling patterns. 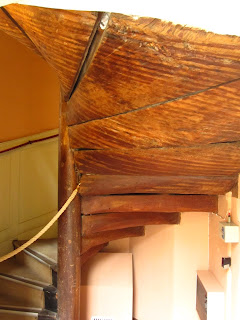 The bottom of Henry VIII's staircase which led to the royal apartments. The rooms were swept away in the 18th century and are now the Georgian apartments. 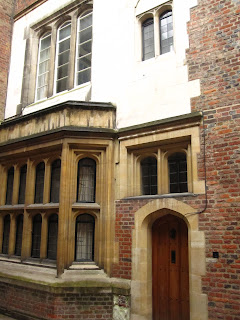 The Bayne Tower. This was Henry's first apartment build at Hampton Court after taking over from Cardinal Wolsey. Its outstanding design feature is that it was built "stacked" over three floors as per the old Burgundian style. It is called "Bayne" because Henry had a heated bath installed. This style quickly became outdated and Henry built a massive quadrangle of lateral apartments in what is now Fountain Court. These were swept away by Christopher Wren when he began redesigning the palace in a baroque style for William & Mary.
The Bayne Tower is often missed by visitors as it lies behind two doorways opposite of Fountain Court. 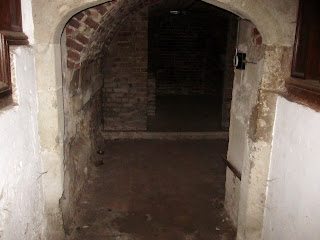 At the end of Henry's wine cellar lies a recessed passage which was roped off. The use of flash helps show us a little of what is inside. More cellars perhaps? By the look of it, they are quite untouched! 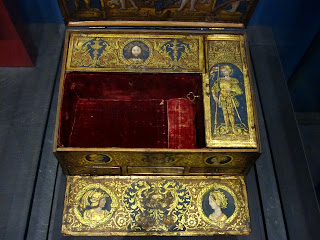 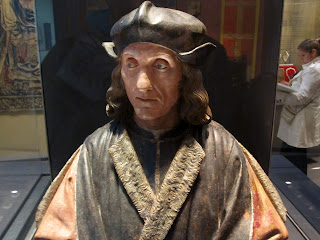 A terracotta bust of Henry VII. 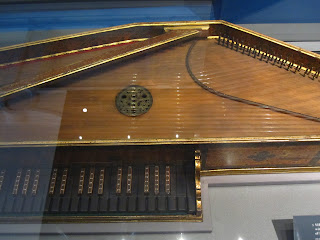 The virginals of Elizabeth I. 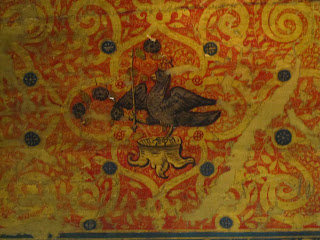 To the right of the keys is this little emblem. The crowned falcon was an emblem of Anne Boleyn. Queen Elizabeth, her daughter, used it for herself.
Tower of London:﻿ 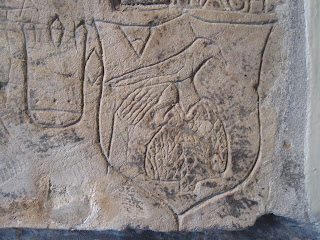 The cost of treason: Anne's falcon badge but without its crown. This carving is in the top floor of the Beauchamp Tower and was mostly likely made by one of the men who were accused alongside her. 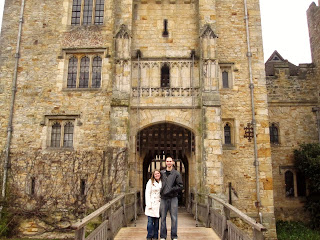