I found myself at the train station this morning and decided to make a small detour up the nearby hill. Just beyond South Street Park is another smaller park which recalls a sad period of Sheffield's history. During a recession in the early 1800s, the living conditions within the industrial city became lax and unsanitary. The result was a massive cholera outbreak which killed 402 citizens.
The dead were hastily buried in a communal grave. In 1834/5, two years after the epidemic, a monument was erected in their memory. This is now known as the Cholera Monument which sits within the grounds of Clay Woods and near the burial site of the victims. 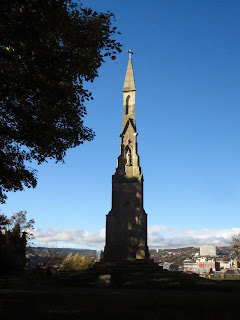 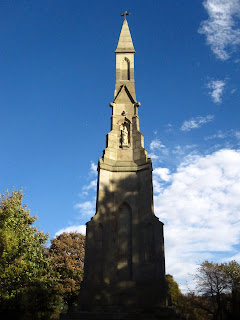 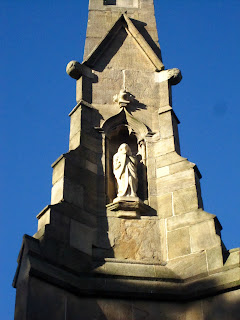 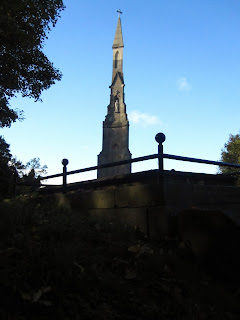 View of the monument from the only citizen who received a marked grave. 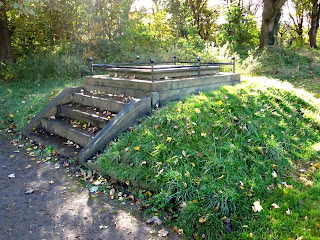 John Blake, aged 49, was elected Master Cutler of the city in 1831. He succumbed to the disease after a few hours and was quickly buried with the rest of the victims on the site of the present day park. His position of office accorded him this marker. 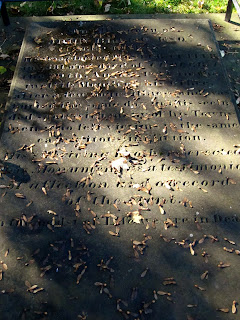 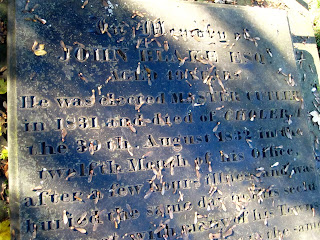 A close up of Blake's marker.
While the other 401 casualties did not receive immediate markers, some were placed later by surviving family members. I only managed to find two still visible above the grass surface: 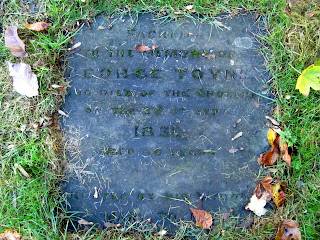 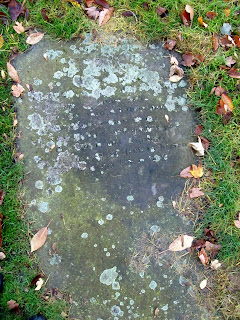 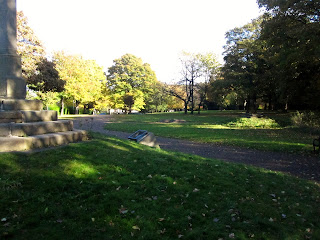 The Cholera Monument is to the left, Blake's marker is on the right (in the patch of light) and the remaining two markers are in the open area of the park in the middle of the picture. 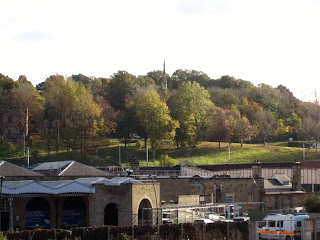 The monument just visible above Clay Woods. The train station is in the foreground.
Posted by Michael at 08:24