There have been several major events in Sheffield's long history that merited a visit from the reigning monarch. Two occured relatively close to one another at the turn of the 20th century while a recent third can be relived through the magic of the internet. We start with the oldest...

Queen Victoria opening Town Hall in 1897.
Sheffield was granted a city charter in 1893. Given its rapid growth as an industrial hub and producing world renown metalwork, Sheffield quickly built a new town hall to replace a smaller, older design. This building still stands at the center of town and continues to perform its administrative duties in addition to providing the background for fantastic photo-ops. 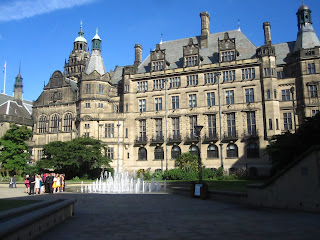 Once completed, the hall needed a grand opening. The 15th Duke of Norfolk, who became Lord Mayor of Sheffield in 1897, petitioned heavily for an appearance by the queen. High in favor, Norfolk succeeded and a reluctant Victoria mader her way north. She did not like Sheffield and only spent three hours in the city, not once stepping out of her carriage! The relationship was quite one-way. Sheffield spent lavishly for the queen and lined the streets with plaster facades, banners, flags and joyous onlookers. The event is commemorated in two monuments which can now be seen in Endcliffe Park. You can see them in my previous post . 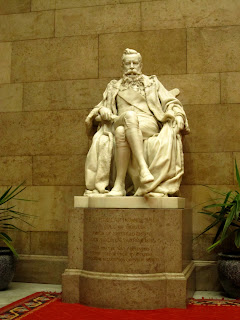 Henry Fitzalan- Howard, 15th Duke of Norfolk. He is remembered via this lifesize statue inside town hall.

The royal carriage eventually stopped in front of the town hall gates and the queen (to her amusement) was given a electronic turn-key. When she turned the elaborate key, the metal gates would swing open to triumphant fanfare. In reality, the box had a wire which ran to a light. When triggered, the light would turn on and thus act as a signal for a group of hidden men who then pulled the doors open! 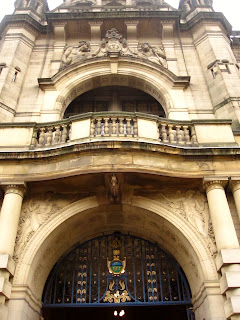 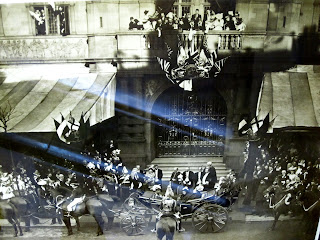 A photograph of the event, courtesy of the town hall. Queen Victoria is in the center of the carriage. 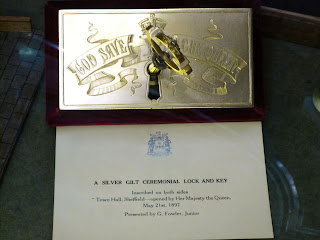 The very turn-key and box used in the ceremony. 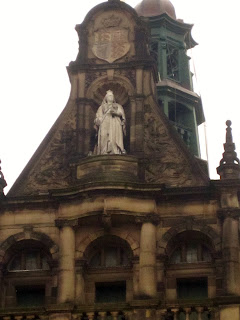 To remember the event, Victoria was honored with a statue above town hall. Again, quite ironic given that Victoria wanted nothing to do with Sheffield.
King Edward VII opening the University of Sheffield in 1905.
Following the completion of Firth Court and the union of several smaller schools, the University of Sheffield was properly established. All that was left to do was have Queen Victoria's son, now Edward VII, open it. On his way to the event, the king misplaced his speech. What resulted may perhaps be the shortest opening speech in history:
"It gives me great pleasure to open this University".
﻿ 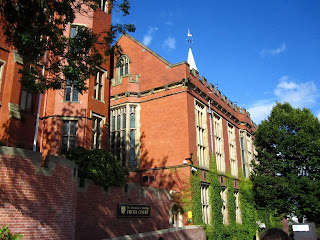 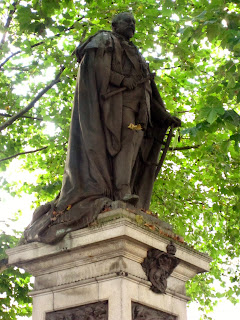 Edward VII is remembered by this statue in Fitzalan Square.

Queen Elizabeth II visiting Sheffield in 2010.
I'll let youtube do the talking. Please note the following video is not my work...just sharing a link for the sake of learning!
Queen Elizabeth II in Sheffield
Posted by Michael at 12:40