Today I attended the final two rounds of jousting at the Royal Armories in Leeds.
Before the jousts themselves, we were treated to various feats of arms by squires on horseback. One feat is called "Running at the ring" which involves a knight trying to spear a ring (the size of a man's heart) with his lance at full gallop. When Henry VIII was still Prince of Wales, his overprotective father ensured that all Henry could do at tournaments was run at the ring since it was essentially the safest competition. Henry would eventually joust as king; secretly at first but then publicly when it became apparent that no one dared tell him otherwise.
Believe it or not, there is an international jousting scene. One knight came from the Netherlands. It is quite an expensive hobby considering you need a horse and full armor. While I'd like to assemble a Wars of the Roses infantryman kit for my own use, I think I'd find myself broke and single very quickly should I go any further than that!
Below are pictures of the day's events along with a brief video of one jousting run. 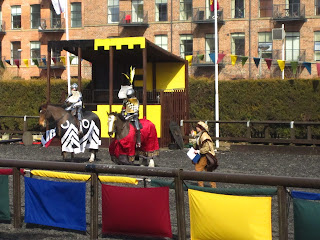 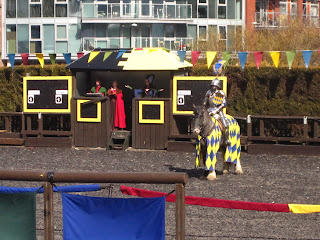 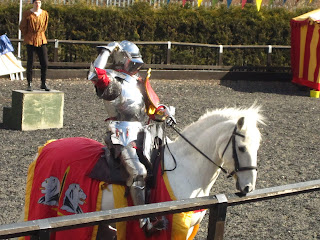 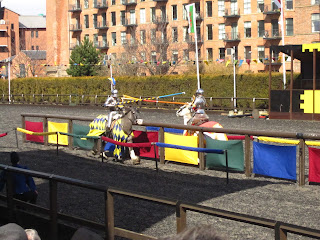 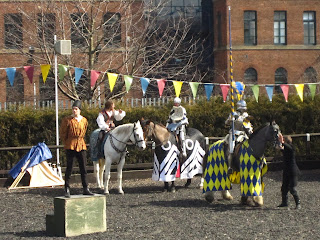