To complete the historic walk in part four, I give you the "Shepherd's Wheel": Sheffield's only remaining water wheel workshop on the Porter Brook. 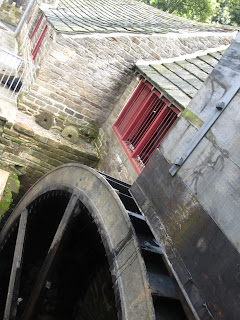 Digs at the site suggest there there was a workshop on the brook since the 16th century. It was this tidbit of information that prompted me to hunt for the building. What I came across was the conserved (and functioning) wheel attached to a workshop built in the mid 1700s. Of the 115 or so mills that were in the valley, only Shepherd's remains standing. This again underscores the importance of conservation though the idea of preserving sites/ buildings for public education is a concept that has only been around for 180 years at the most. Shepherd's benefited from restorations in the 1960s and as recently as 2010. 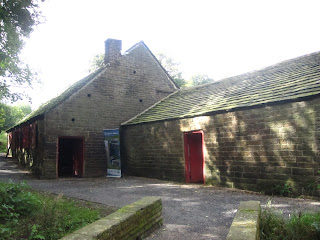 It is a building of essentially two rooms with each room housing 10 men. Grinders rotated on belts powered by water in the mill dam flowing through the pentrough sluice and onto the wheel. 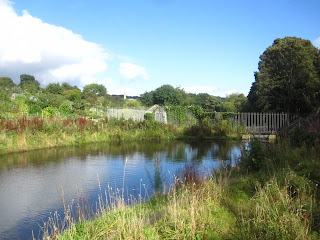 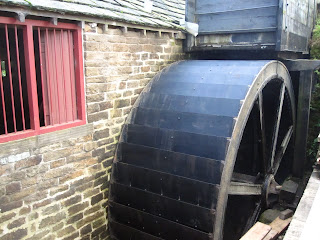 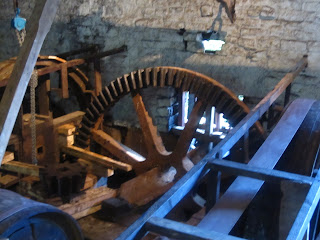 The wheel's gears inside the building
Conditions, as can be imagined, were terrible. Metal shards and ground dust ensured that those who worked continuously in the mills suffered terrible illnesses or early death. Still, the metal industry was Sheffield's lifeblood and the mills played their part in the grinding of cutlery knives. 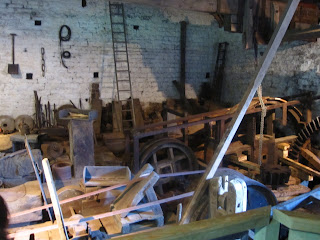 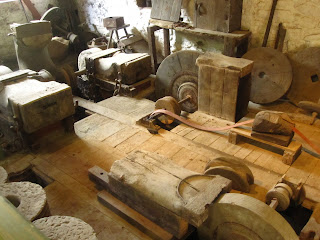 The building did not initially have windows so the brutal winter cold was kept at bay by two fireplaces, one in each room.

For those interested, Shepherd's Wheel is open on Saturdays and Sundays so if you happen to be strolling through Bingham Park, make sure you take a look!