The King Is Dead, Long Live The Queen

As the Tudor period is my favorite area of study, I figured I'd include some important events. Quick bullets of these can be found, in time, to the right under the "On This Day" page.

October not only kicks off my favorite season in style, but this first day of the tenth month also happens to be the coronation day of Mary I, Queen of England. Quite the survivor, Mary managed to elude sickness and threats from the likes of Anne Boleyn, Thomas Cromwell, Edward VI and even her own father Henry VIII. She ascended the throne in 1553 when her brother, Edward, died of tuberculosis after a very brief reign. Henry's desire for a strong male heir gave way to his ultimate fear (and he moved heaven and earth to avoid it): having a woman on the throne. Perhaps his fears were realized for Mary started to tear into her father's work on religion by restoring the abbeys, restoring catholicism and reversing her mother's divorce. Even worse was the idea of an English queen marrying a European prince and thus becoming subjected to his dominance with England serving a menial supporting role. Mary's marriage to Prince Phillip of Spain was a terrible mistake and her xenophobic subjects quickly recoiled at the pairing. Similarly, Mary's prosecution of protestants, most notably the Oxford Martyrs, caused deep resentment across the country. It was these burnings that gave her the title "Bloody Mary". 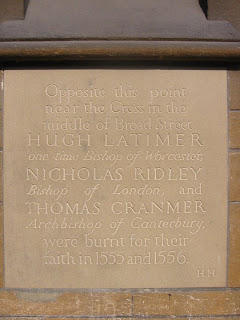 Still, one must also look at positives for her reign did include a few. Under Mary, there were fiscal and naval reforms as well as advancements in English colonialization efforts. Unfortunately for Mary, her half-sister Elizabeth receives most of the credit for these as they only truly blossomed under her long reign. 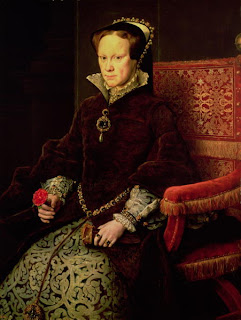